Even During Pandemic Lockdown, Air Quality Remained Poor in Parts of China

The viral before-and-after images of improved air quality around the world resulting from the COVID-19 lockdown may not paint an entirely accurate picture, at least not in China. According to a new study published on June 17 in the journal Science, although there was a dramatic reduction in pollution emission during the lockdown that far outstripped the "Olympic Blue" efforts the nation used to temporarily combat air pollution ahead of the Beijing Olympics, other factors involving complex atmospheric chemistry and meteorological variations have offset the influence of emission reduction. This has led to a counterintuitive deterioration in air quality in Beijing and other cities in northern China during the COVID-19 lockdown.

Researchers from Caltech and the Chinese Academy of Sciences reviewed satellite and ground-based observations of the region and conducted state-of-the-science atmospheric model simulations. They focused on the roughly three weeks between January 23 to February 13 when China locked down its cities—first in Wuhan Province (in southern China), where the novel coronavirus causing COVID-19 first appeared, and then in the rest of the country—in an effort to slow the spread of infection.

During that time, China saw reductions of up to 90 percent of certain types of gas emissions, such as nitrogen dioxide (NO2). But surprisingly, severe haze pollution occurred simultaneously in northern China during the lockdown period.

"The halted human activities during the COVID-19 pandemic in China provided us a unique experiment to assess the efficiency of air-pollution mitigation," says Yuan Wang, a research scientist at Caltech and the corresponding author of the Science paper.

Wang and his colleagues compared measurements of pollutants like NO2, sulfur dioxide (SO2), ozone, and fine particulate matter to measurements taken over previous years. In Beijing, which has long battled air-quality issues, the researchers found that NO2 and SO2 levels were lower this year than they had been during the same seasonal time period over the past six years. Particularly in the south of China, other cities showed similar reductions in pollution.

Though improvements in air pollution triggered by a shutdown that closed industry and halted traffic were expected, the researchers were surprised to discover hotspots of ozone and fine particulate matter (which causes "hazy" days) in Beijing and other cities in northern China. To determine what happened, the researchers ran computer simulations and found that a complex interplay among emissions, meteorological patterns, and atmospheric chemistry made critical contributions to the regional haze formation.

"All of these factors need to be fully untangled to understand the formation of severe haze," Wang says. "This shows us that future emission-control plans are going to require not just cutting emissions, but also taking into account meteorological variations." 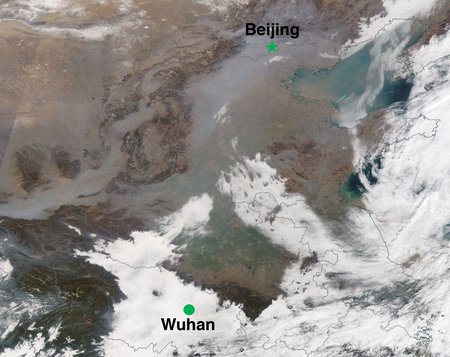 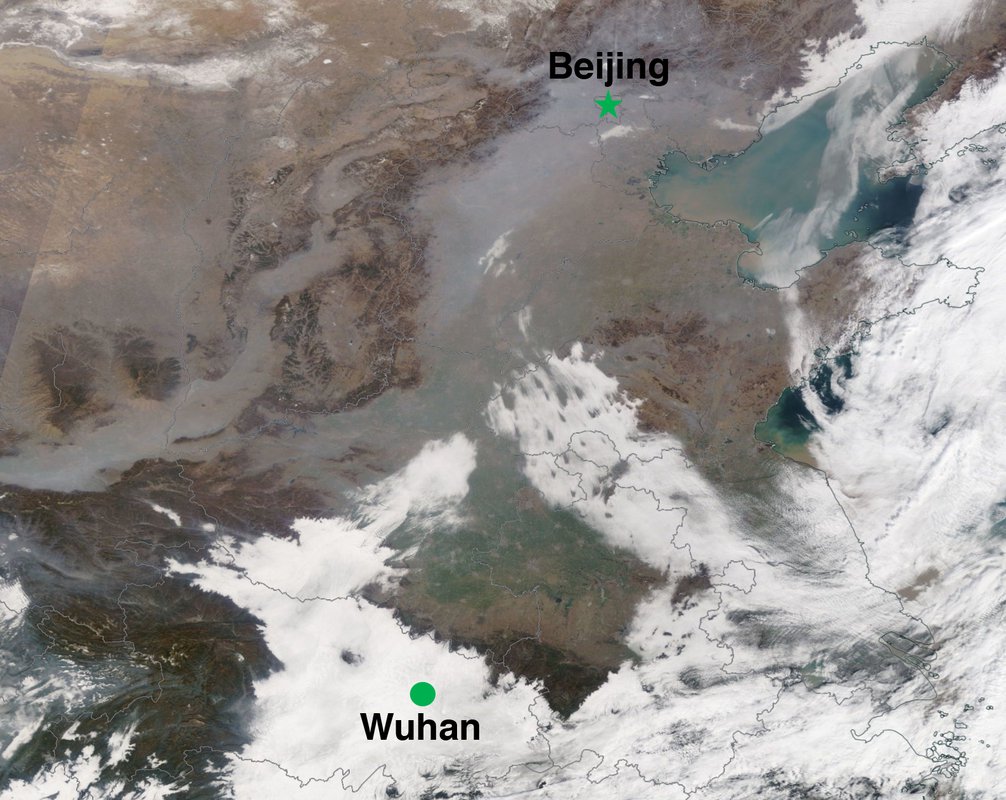