Two Caltech seniors have been awarded the Churchill Scholarship, which will fund their graduate studies at the University of Cambridge. The two students, Aishwarya Nene and Matthew Weidner, are among 15 to be awarded the prestigious scholarship this year.

Nene, 21, a chemistry major from San Jose, California, has been doing research in a variety of labs at Caltech. Working with Viviana Gradinaru, assistant professor of biology and biological engineering, she conducted research to aid our understanding of the neural circuits underlying Parkinson's disease. During her summers, Nene did research at UC San Francisco (UCSF), studying the disease mechanisms behind classical lissencephaly, a brain disorder characterized by abnormally smooth brain tissue and developmental delays in children, and at a UCSF-affiliated company called Neurona Therapeutics, where she worked on stem-cell therapies for epilepsy.

"I am looking forward to Aishwarya's contributions in the field of neurodegeneration, an area she was exposed to early in her undergraduate years though research in our lab on the role of cholinergic circuits in Parkinson's disorder," says Gradinaru.

Nene is returning to Cambridge after spending a portion of her junior year there as part of a Caltech study-abroad exchange program with the university. She will pursue a degree in translational biomedical research, studying the protein abnormalities behind Alzheimer's disease with chemistry professor Christopher Dobson. After her fellowship year at Cambridge, she plans to attend medical school.

"I want to work in academic medicine and find new therapies for neurodegenerative diseases," she says.

Weidner, 22, is a math major from Topton, Pennsylvania, whose research focuses on theoretical computer science and number theory—the use of mathematical structures to solve equations.

Working with Anand Kumar Narayanan, a former postdoctoral fellow at Caltech now at Sorbonne University, Weidner researched error-correcting codes, which are used in satellite and other types of communication to protect data from errors. "It turns out that one can use number theory to make very good error-correcting codes, but the computer programs that encode and decode them are not yet fast enough to be practical. We want to develop faster programs," he says.

"Matthew is a very talented undergraduate student," says Xinwen Zhu, who was an adviser to Weidner. "Even as a freshman, he had proved beautiful results in modern number theory. He learns new things at lightning speed and at the same time grasps the essence of them. His writings and presentations are also wonderful. Working with him is one of my best memories in recent years."

Weidner will pursue a master's in advanced computer science at Cambridge. After Cambridge, he plans to earn a PhD in computer science and further study error-correcting codes as well as cryptography—in particular, new cryptographic protocols based on number theory that may be unbreakable by quantum computers of the future.

"I'm excited to study some new topics at Cambridge, such as algebraic internet routing, a unique way to describe internet traffic mathematically," says Weidner. "Cambridge offers studies on topics like this that aren't as well represented in the U.S."

According to the Winston Churchill Foundation's website, the Churchill Scholarship program "offers American citizens of exceptional ability and outstanding achievement the opportunity to pursue graduate studies in engineering, mathematics, or the sciences at Cambridge. One of the newer colleges and founded in 1960 by royal charter at the University of Cambridge, Churchill College was built as the national and Commonwealth tribute to Sir Winston, who in the years after the Second World War presciently recognized the growing importance of science and technology for prosperity and security. Churchill College focuses on the sciences, engineering, and mathematics."

"We had an exceptional group of applicants at Caltech this year for the Churchill," says Lauren Stolper, director of Fellowships Advising, Study Abroad and the Career Development Center. "Each Churchill Scholarship-designated university must select only two students to go on to the national level of selection for the scholarship. It is rare for a university or college to have two students win in one year." 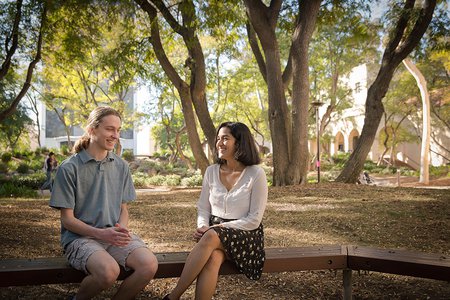 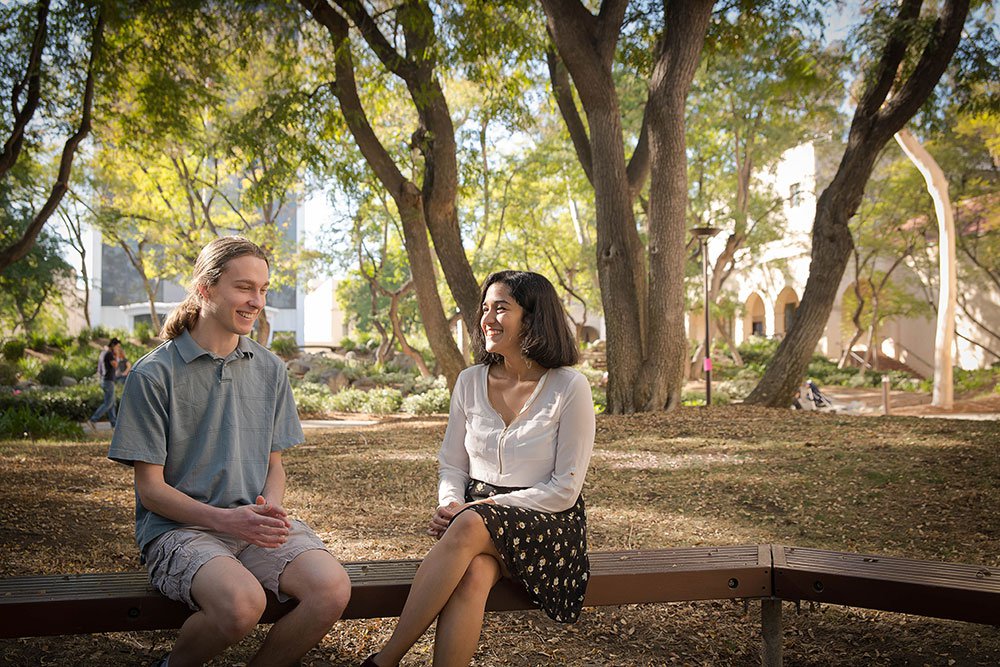