Robert Grubbs, the Victor and Elizabeth Atkins Professor of Chemistry at Caltech, passed away on December 19, 2021. He was 79 years old.

Grubbs was a co-winner of the 2005 Nobel Prize in Chemistry for the development of the metathesis method in organic synthesis. Metathesis is a chemical reaction, aided by special catalyst molecules, in which double bonds are broken and made between carbon atoms in ways that cause atom groups to change places. In this way, atoms in a compound can be selectively stripped out and replaced with atoms that were previously part of another compound.

In particular, Grubbs developed powerful new catalysts that enabled the synthesis of custom-built molecules with properties that allow for the creation of specialized plastics and better drugs for the treatment of diseases. The metathesis process, because of its relative simplicity, has led to the development of industrial and pharmaceutical methods that create fewer waste products, making them more efficient and environmentally friendly.

"Bob was an inspiration to Caltech colleagues and to scientists around the world, for his human qualities as much as for his pathbreaking contributions to research and society. We will keenly miss his wisdom and vision," says Caltech president Thomas F. Rosenbaum, holder of the Sonja and William Davidow Presidential chair and professor of physics.

Grubbs's work also focused on the development of other powerful new "green" chemical catalysts. In 2015, for example, Grubbs and his colleagues discovered an efficient method for producing a group of silicon-containing organic chemicals without relying on expensive precious metal catalysts. Instead, the new technique uses as a catalyst a cheap, safe, and abundant chemical—potassium tert-butoxide, commonly found in chemistry labs around the world—to help create a host of products ranging from new medicines to advanced materials in a sustainable manner.

He also tackled issues affecting human health. For example, he helped to develop a new kind of replacement lens for the eyes of patients afflicted by cataracts.

"Bob Grubbs' remarkable scientific achievements are well documented by his many awards and honors," says Dennis Dougherty, George Grant Hoag Professor of Chemistry and Norman Davidson Leadership Chair of the Division of Chemistry and Chemical Engineering (CCE). "Those who knew him will remember him as an equally remarkable husband, father, grandfather, friend, and colleague. Bob and Helen, the love of his life, traveled extensively together, making lifelong friends around the world. Bob's passing creates a huge hole in the CCE Division, Caltech, and, indeed, the entire world of science."

"Bob was as widely loved as he was admired," says Caltech provost David A. Tirrell, Ross McCollum-William H. Corcoran Professor of Chemistry and Chemical Engineering and Carl and Shirley Larson Provostial Chair. "He trained an extraordinary group of younger scientists who have shaped chemistry worldwide, and he maintained a deep interest in their personal lives and professional successes."

Among other honors, Grubbs was the recipient of the Benjamin Franklin Medal from the Franklin Institute (2000), the Arthur C. Cope Award from the American Chemical Society (2002), and the American Institute of Chemists Gold Medal (2010). He was inducted into the Florida Inventors Hall of Fame in 2015. Grubbs was a member of the National Academy of Sciences and the National Academy of Engineering; a fellow of the American Academy of Arts and Sciences and the American Chemical Society; an honorary fellow of the Royal Society of Chemistry; and a foreign academician of the Chinese Academy of Sciences. He received honorary degrees from the University of Florida, Michigan State University, Georgia Institute of Technology, Dickinson College, University of Crete in Greece, University of Warwick in the United Kingdom, and Rheinisch-Westfälische Technische Hochschule (RWTH) Aachen University in Germany. In 2006, he was elected to the Honorable Order of Kentucky Colonels, a philanthropic organization based in his home state of Kentucky.

Grubbs was born near Paducah, Kentucky, on February 27, 1942. He received his Bachelor of Science and Master of Science degrees in chemistry from the University of Florida in 1963 and 1965, respectively, and his PhD in chemistry from Columbia University in 1968. After a postdoctoral fellowship at Stanford University, he joined the faculty of Michigan State University (MSU) in 1969. He came to Caltech as a professor of chemistry in 1978 and became the Victor and Elizabeth Atkins Professor of Chemistry in 1990.

Peter Dervan, Bren Professor of Chemistry, Emeritus, describes Grubbs as immensely creative in his research and says he was impressed by his "extraordinary range of interests" across the field of chemistry.

"Bob moved easily among the inorganic, organic, and chemical engineers," Dervan says. "Like Ben Franklin, Bob was drawn to 'useful knowledge' and was very much driven by practical inventions that would be impactful."

Outside of his work, Grubbs had many interests that included outdoor activities like rock climbing, canyoneering, and fishing. Christopher E. Brennen, the Richard L. and Dorothy M. Hayman Professor of Mechanical Engineering, Emeritus, warmly recalled the time he spent with Grubbs exploring the natural world.

"One of the things that made our friendship special was that I didn't know anything about chemistry and he didn't know anything about mechanical engineering, but we had a shared interest in the outdoors. I taught him canyoneering, and we had quite a few adventures together. The first time I took him down Eaton Canyon, he got quite a reception from the crowd as he made the descent."

Brennen also remembers the time he and Grubbs undertook one of their most challenging ventures: ascending the Eichorn Pinnacle, a spire of rock towering over the Yosemite Valley. Brennen says it took them four attempts but that they eventually succeeded.

"It was a pretty scary climb to get to the top of Eichorn," he says. "At one point we were hanging 2,000 feet above the valley floor. When you share something like that with another person, it's a connection that goes beyond science or any other human endeavor."

A photo of Grubbs and Brennen atop the pinnacle later appeared on the cover of the journal Polymer Science in an issue dedicated to Grubbs. 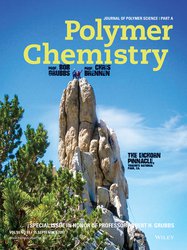 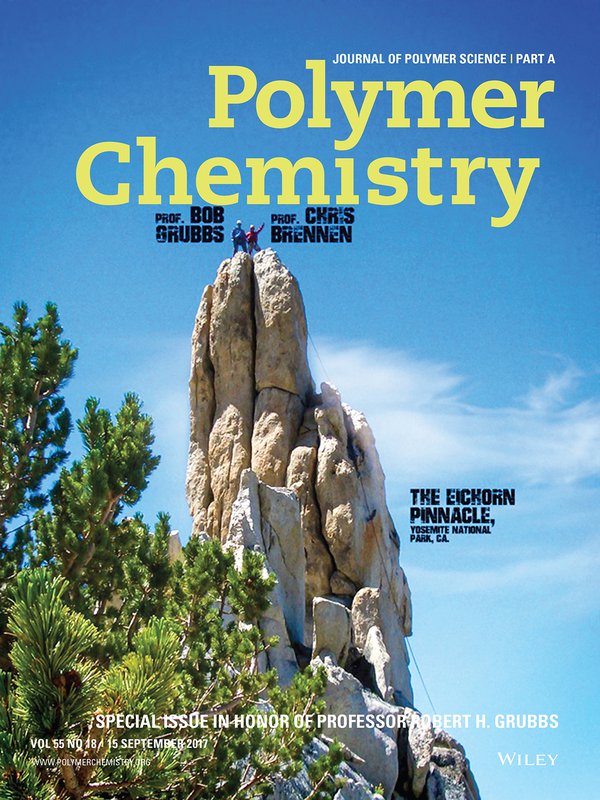 Hosea Nelson (PhD '13), professor of chemistry, became friends with Grubbs during his time as a graduate student at Caltech, and the two of them later became fishing buddies who took fly-fishing trips throughout the western United States together.

"Bob was an interesting character and kind of ageless person. He started rock climbing hardcore in his late 30s," Nelson says. "And then in his 60s, he and his wife, Helen, decided that maybe rock climbing wasn't the best for someone in his 70s. So, he decided to try fly-fishing. I was a grad student at the time, and I was a fisherman, so we bonded over that. I've known him now for 15 years, and I think we talked about chemistry a total of three times. He just liked going on adventures and going into the mountains to catch fish, and taking long hikes to get there."

Nelson says Grubbs always put people first in his life and academics; he recalls how when one of his graduate students was going through a divorce, Grubbs made sure that student received an increased stipend to continue his research while still being able to pay his bills.

"It was always about the people with Bob," he says. "With him, it was like, 'If you help them be happy and be full human beings, the science will work itself out.'"

For Nelson, the way Grubbs cared for those around him, and the way he nurtured friendships, was perhaps even more impactful than his research itself.

"His work means a lot to the chemical community because it's so important. It's baked into the chemical world now," Nelson says. "But the biggest thing I got from him was more personal. Especially in today's world, there's this fear of having personal relationships with people you work with. But Bob was the opposite; he built this community where his former students were friends with him and friends with his family and part of this huge Grubbs family. That's not something that is standard today, but it's something that I and everyone who was touched by him want to recreate. "

"He was pretty much the best human being I ever met," Nelson adds. "I don't know anyone—forget just in chemistry—who was loved by so many people."

Grubbs is survived by his wife, Helen; his sons Brendan and Barney; his daughter Kathleen; four grandchildren; and two sisters.