Scott Cushing, assistant professor of chemistry, has received a $1.1 million grant from the W. M. Keck Foundation to build a new type of all-electron instrument for measuring processes that happen on a femtosecond timescale (a millionth of a billionth of a second).

Usually, lasers are used to measure ultrafast processes, but they are limited to processes involving light. Cushing's new instrument instead uses an all-electron approach, which allows other kinds of dynamics to be measured. For example, the instrumentation will provide new insight into previously unmeasured ultrafast electronic dynamics in processes ranging from electrochemistry, complex quantum solid-state physics, and nanoscale electronics.

"I am incredibly honored to have received one of the highest-regarded instrumentation awards in physical chemistry," Cushing says. "Professors of all age ranges compete for this grant because the Keck foundation gives freedom to explore ideas that could transform fields but have a risk factor too high for standard funding avenues."

The W. M. Keck Foundation was established in 1954 by William Myron Keck, founder and then-president of Superior Oil Company. The foundation aims to support research in science, engineering, and medicine, and has funded, among other endeavors, the W. M. Keck Observatory in Hawaii; the Keck Array, which conducts cosmic background radiation experiments in Antarctica; and the Keck School of Medicine at USC. 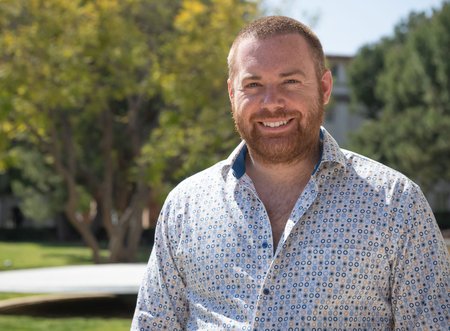