Allan Acosta, Caltech's Richard L. and Dorothy M. Hayman Professor of Mechanical Engineering, Emeritus, who spent 50 years at Caltech and helped launch the Institute's present-day mechanical engineering option, passed away on May 18, 2020. He was 95 years old.

Acosta earned his bachelor's, master's, and doctoral degrees at Caltech, in 1945, '49, and '52 respectively, and was a faculty member at the Institute in the Division of Engineering and Applied Science from 1954 until his retirement in 1993.

"Allan was an eminent scholar in fluid dynamics whose research had enormous impact on the fundamentals and technology of turbomachinery," says Guruswami Ravichandran, chair of the Division of Engineering and Applied Science. "He was a much-admired teacher and mentor who guided and influenced many generations of students. He had a profound influence in defining mechanical engineering at Caltech."

Acosta was born on August 10, 1924 in Anaheim, which at the time was an agricultural community, and moved around to various areas throughout Southern California during his childhood. He was an avid patron of his local library as a boy, eschewing children's books in favor of books on science and mathematics. But with the Great Depression hitting the region hard, by the time he was in the sixth grade he was working during summers to help support his family.

Shortly before he graduated from high school, the United States entered World War II, so Acosta went to the naval base located at the current site of Dodger Stadium and signed up for the V-12 Navy College Training Program. Through the program, the Navy paid the college tuition of engineering students who were expected to become officers at the end of their studies. He began his college education at a junior college in Long Beach, California, but in 1943, was assigned to Caltech.

The V-12 students were kept separate from regular Caltech students, and wore uniforms and maintained a disciplined military routine of marching drills and classes. Their curriculum was fast-paced—V-12 students earned their bachelor's degrees in just two years, but, as Acosta recalled in a 1994 interview with the Caltech Archives, it was preferable to combat. "We referred to it with delight as fighting the Battle of Pasadena. We were very fortunate," he said.

After graduating with a degree in mechanical engineering in 1945, Acosta was sent by the Navy to midshipmen's school at the University of Notre Dame. By the time he reported for duty, the war had ended, so he was assigned to a joint Army-Navy task force at Bikini Atoll, where he witnessed one of the 23 nuclear tests that were conducted in that area following World War II.

Acosta mustered out in 1946 and returned to Caltech, in search of a job. He found one with the Hydraulic Machinery Laboratory built by Robert T. Knapp, professor of hydraulics, and began working there testing new water pumps while taking graduate classes in mechanical engineering. After earning his doctoral degree, he accepted a position as an assistant professor at Caltech in 1954.

As a newly minted faculty member, he oversaw the management of the Hydraulic Machinery Laboratory, which provided researchers with a unique collection of tools for studying the fluid mechanics that govern how aircraft move through air (a fluid) and also how the fluids that propel aircraft (such as jet fuel) move through engines. He was renowned for his contributions to the fluid mechanics of turbomachinery, in particular rotor dynamics and cavitation.

Acosta, who received tenure in 1958, taught courses on fluid flow and heat transfer. His research group was a small collection of faculty with similar interests, including pioneering Caltech mechanical engineer Rolf Sabersky (BS '42, MS '43, PhD '49), with whom he published the textbook Fluid Flow: A First Course in Fluid Mechanics in 1963. He was recognized as an exceptional teacher and mentor and was highly influential in shaping the education and training of many generations of students. He was an elected member of the National Academy of Engineering and a Fellow of the American Association for the Advancement of Science.

His interest in fluids and pumps led Acosta to a decades-long relationship with NASA and contributions to the design of the Space Shuttle. In the 1960s, rockets were plagued by a problem known as "pogo oscillations" in the liquid rocket engines used in the space program. Rockets, which are essentially a stack of small tanks, vibrate after launch. They elongate and shorten in a manner reminiscent of a pogo stick, causing pressure fluctuations in the pipes and pumps that feed the fuel and the oxidizer (which mixes with the fuel to enable combustion) to the engines. This causes the thrust to oscillate accordingly, generating a feedback loop that worsens the vibrations.

Pogo oscillation led to the destruction of a Titan II missile in 1962. When Aerospace Corporation's Sheldon Rubin (BS' 53, MS '54, PhD '56) analyzed the propulsion system mathematically, he traced the fluctuations to the inlets of the turbopumps, whose blades churn up fuel and liquid oxygen before sucking them in. Bubbles created through this process, he found, altered the frequency of the turbopump's pipes until they matched the vibrational frequency of the tanks, amplifying the oscillations.

Engineers subsequently developed solutions to minimize the effect, but it nevertheless caused one of the engines on the second stage of the ill-fated Apollo 13 spacecraft to shut down prematurely. (The rocket's other engines made up the difference, making it among the least consequential of the things that went wrong on that particular mission.)

When the Space Shuttle Program began in the mid-'70s, NASA sought to eliminate the pogo oscillations completely from its fleet of spacecraft. The agency approached Acosta and Chris Brennen, Richard L. and Dorothy M. Hayman Professor of Mechanical Engineering, Emeritus, for a solution.

"Allan was a truly remarkable engineer, one of those rare individuals as talented in synthesizing machines and experiments as he was at analyzing phenomena," Brennen says.

Acosta and Brennen proposed a model that explained how fluctuations in the fluid that enters the liquid-oxygen pumps could affect fluctuations of the exiting fluid, then verified their model experimentally. NASA used those findings to design an accumulator—a gas-filled reservoir located between the high- and low-pressure turbopumps, to absorb fluctuations—and solved the pogo issue for the Space Shuttle Program.

As Acosta envisioned it, Caltech's ME option would not be narrowly focused, but instead would provide mechanical engineers the opportunity to interact regularly with colleagues in aeronautics, computer science, civil engineering, and other disciplines. In that spirit, mechanical and civil engineering were merged into a single option in 2010.

"Allan was very personable and well liked," Hunt remembers. "He wanted his students and junior faculty members like me to succeed, and he would make himself available to advise, support, and challenge each of us in a way that brought out the best."

Caltech, a family spokesperson says, "served as an anchor in his life. When he arrived at Caltech as an undergrad he had found his intellectual home, he never needed to leave. The decades of his Caltech career were filled with students and colleagues who helped drive his research and contributions to engineering. He lived a rich life beyond work filled with sailing, music, woodworking, travel, and his family. But one of his greatest joys was the enduring friendships with his students and colleagues."

In his private life, Acosta maintained a lifelong love of the sea. He and his wife hand-built a cutter over the course of four years, from 1976 to 1980, and then sailed it regularly around the Channel Islands, Catalina, and San Diego.

Acosta retired from Caltech in 1993, after 50 years on the campus. His first wife of 57 years, Patricia Nigg Acosta, passed away in 2011. He is survived by his daughters Alison Acosta Winters (John) and Tawni S. Acosta, grandchildren Melinda R. Clark (Robert), Charles Allan Fraser, and Julia R. Fraser; great grandsons Jameson and Jackson Clark; and his second wife Annette Robinson. 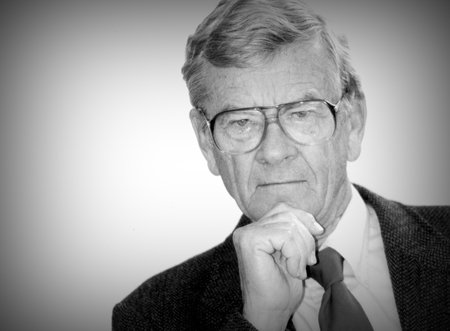 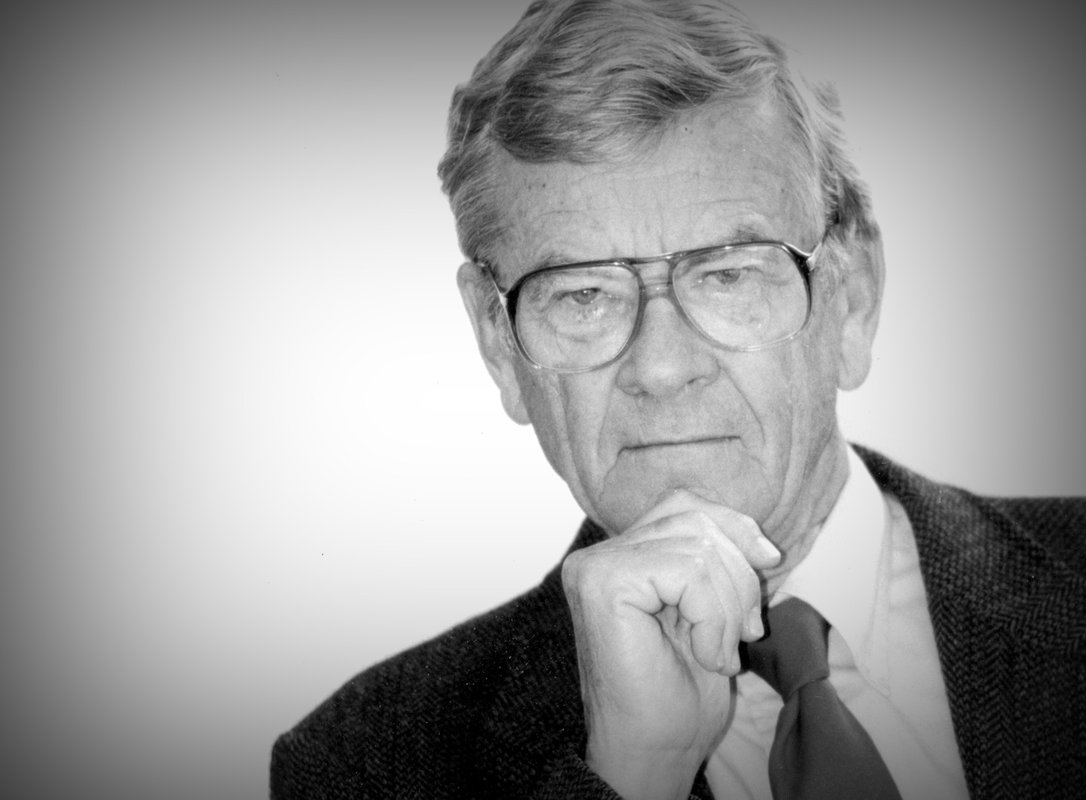